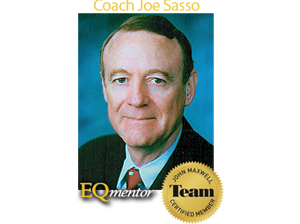 March 7, 2013, 21st Century Business Leadership by Team 2 Learn, with Coach Joe Sasso In this article, Coach Joe Sasso of Team 2 Learn explains the 20th Century Management transition to the new 21st Century Leadership. The 20th Century was a most challenging time in the history of mankind. In the business community we were consumed with Industrial Age thinking. Fine tuning products, services and people. Those were the order of the business day. Yes, we managed and worked hard at fine tuning products and services by fine tuning people. Managers were sought for their skill in making people more efficient.

Through improvements in efficiencies business people were able to improve the bottom line of business. People became known as a company’s most valuable ‘asset.’ Unfortunately, People were one of the Industrial Age commodities. In the 21st Century, thanks to the internet, we are a honeycomb of information exchanges between people in professional and personal relationships. Welcome to the Information Age or as people are beginning to call it, The Age of Consciousness! Information proliferates faster than we can verify it. In the 20th Century, we thought with Industrial Age actions. The manager ‘asset’ managing experience was based on products, services and people. The manager was charged with fine tuning the human machine. People were regarded as changeable, tunable and driven to conform to the manager’s directives. It wasn’t wrong it was just the system we worked in. The manager was the authority position of those times.

In the 21st Century, the world is smaller, we know more about ourselves and we know more about each other. We are entering the Geodesic model where and when, values will lead to transformation within businesses. The Geodesic model is a honeycomb of free, open, easy, yet ‘sticky’ values exchanges among people. Before people were thought of as business assets. Now we are slowly beginning to recognize people as the ‘Human Genius’ of business. Our slowness in making this transformation relates to our behavior. You can’t change behaviors until you change the values people possess. Change the right values and behaviors will improve.

The ‘Human Genius’ on business teams soars to new heights of performance when team members have mutually shared values. It is this shift in values that elevates people to new levels of contribution and achievement in business. Understanding this simple, yet complex, value process leads to change, new growth and better results, ultimately benefiting our evolving business world in the 21st Century.

Want to join the discussion?
Feel free to contribute!